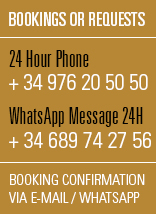 Where can you enjoy breakfast with freshly made toasts and homemade marmalade in the heart of Zaragoza ? Can you imagine trying unique new recipes that you won’t find in any other place? And what if you could bring them back with you to enjoy them at home or to make a unique gift? Do you want to try our marmalades? We make them in our kitchen with season’s fruit and 100% natural ingredients.

Well, all of that is possible. Here are Hotel Sauce ‘s marmalades, only available in “Mi Habitación Favorita”. Made with love, the best produce and inspired from our family.

In 2016, David Bowie passed away, and like so ,any other people, we listened to his songs.

Eugenia went aboard the spaceship too and from space they communicated with MAJOR TOM. Every morning when we wake up, the first thing Eugenia does is prepare breakfast for the animals.

One day, we thought we ought to make a marmalade for these joyful occasions to share it with all her friends.

With details like this we discover that our little Tatita is really a Great Tatita. For over 30 years, José Luis travelled to Cuba for work.

When we were kids, we were impatient for his return. When he arrived home, the same ritual went on: He walked through the door, exhausted, we went running towards him and we followed him up to his room. There, he openend his luggage and he always had two things: Rhum and cuban gifts for us. That’s Eugenia’s grand mother’s Marmalade. An person of exception who went through a lot demises in life, but always had a fantastic smile that spreaded to us all and a very kind heart.

She always said that she had wanted to study and be a teacher, so, for this marmalade’s name, we were inspired by Jane Austen. A writer who had to deal with the inconvenience of being a woman writer at her time. This was worsened if you consider that she wrote about the defence of a liberal education for women

In 1810 She presented a novel called “Sense and sensibility”, signed only with “a lady”.